If you do not, the Android 4. Updated the build to generate R resource classes for library projects with only the IDs needed by the libraries, reducing the risk of hitting DEX file limits for fields and methods. General Notes: Added support for Android 6. You have installed the Android SDK in a alternate non-default location. Liens associésRelated Links.

If you haven't already, update ADT to If you are developing without an integrated development environment IDE , you must have Apache Ant 1. Updated Systrace to work with the Android 4.

Issue Fixed a problem with DDMS monitor not opening heap and network statistics views due to a class not found exception. This change decouples the build tools versions from the IDE versions, allowing updates to the tools without requiring an IDE update.

Updated tools to allow libraries to share the same package name as the applications that use them. Updated draw9patch tool to allow easier changing of markers.

Libraries cannot share package names unless all of them share the same package name. Issue , Issue Added a flag to disable dex merging to deal with cases where merging could generate a broken dex file. If this happens to your project, add the following setting to your project. RenderScript Added support for Filterscript compilation. Added new project setting to control the RenderScript compilation target separately from an Android project. Adding the following line to a project. Issue Fixed incorrect flagging of formatting strings.

Fixed problem with the SDK Manager so that it auto-selects the most recently released platform on startup.

Fixed Java finding script to look for the currently supported version of Java 1. Enable this mode by adding the following line to the project. Updated the build to generate R resource classes for library projects with only the IDs needed by the libraries, reducing the risk of hitting DEX file limits for fields and methods. Improved the build so that several editing features code completion, resource chooser, go to declaration properly handle library project resources.

Lint Added over 25 new lint rules for resources, locale settings, layout files, incorrect use of SparseArray and PowerManager. WakeLock and manifest issues. Updated reporting to include errors in library projects if the library project is in the list of projects to be checked. Added a new lint target to the Ant build system for easier integration with continuous build systems. Added new --sources and --classpath arguments to point to sources with different directory structures.

Added support for class file flow analysis. Improved emulators so that they launch with a skin that is dynamically generated and reflects the actual hardware configured in the AVD Manager.

Build System Added automatic merging of library project manifest files into the including project's manifest. Enable this feature with the manifestmerger. Added automatic ProGuard support for the aapt -G flag. This change causes the build system to generate a temporary ProGuard keep-rules file containing classes that are referenced from XML files such as custom views and pass this to ProGuard at shrink time. This can make the resulting APK much smaller when using just a small portion of a large library project such as the Android Support library , since the catch-all rules to keep all custom views from the default ProGuard configuration file have also been removed.

Added two ProGuard configuration files for use in projects: proguard-android-optimize. SDK Manager Improved caching to reduce downloading of repository definitions. Bug fixes: Build Fixed problem where test projects did not have access to the full classpath of tested projects, including Library Projects and third-party jars.

Fixed deployment logic so that applications with embedded tests can now be deployed and tested like test applications, including code coverage information. 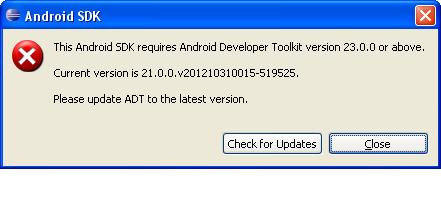 Fixed Ant support for testing projects with libraries. Use this tool to download and install this update. Bug fixes: Fixed an issue that prevented some developers from running the emulator with GPU acceleration. If you do not, the Android 4. General notes: Updated the SdkController app to encapsulate both sensor and multitouch emulation functionality.

In addition to many new features, this update fixes the Conversion to Dalvik format failed with error 1 error some users have experienced. Updated the default proguard.

Split the ProGuard configuration file has been in half, with project specific flags kept in project and the generic Android flags distributed and updated with the tools themselves. Build Added a feature that allows you to run some code only in debug mode. You can check the BuildConfig.

DEBUG constant in your code to run debug-only functions. Fixed issue when a project and its libraries include the same jar file in their libs folder. This URI is replaced with the app specific one at build time. Lint Updated Lint to check Android application code. Lint rules which previously performed pattern based searches in the application code such as the unused resource check have been rewritten to use the more accurate Java-style parse trees. 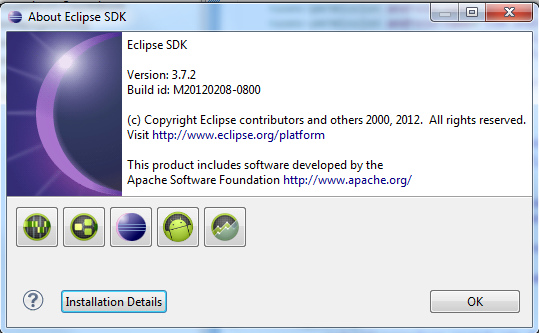 This change means that rules such as the unused resource check properly handle resources declared in a library project and referenced in a downstream project.

Added ability to suppress Lint warnings in Java code with the new SuppressLint annotation, and in XML files with the new tools: namespace and ignore attribute. You can use the new TargetApi annotation to suppress warnings when the code is wrapped in a system version condition. General notes: Added Lint tools to detect common errors in Android projects. Bug fixes: Snapshots now work for Android 4. 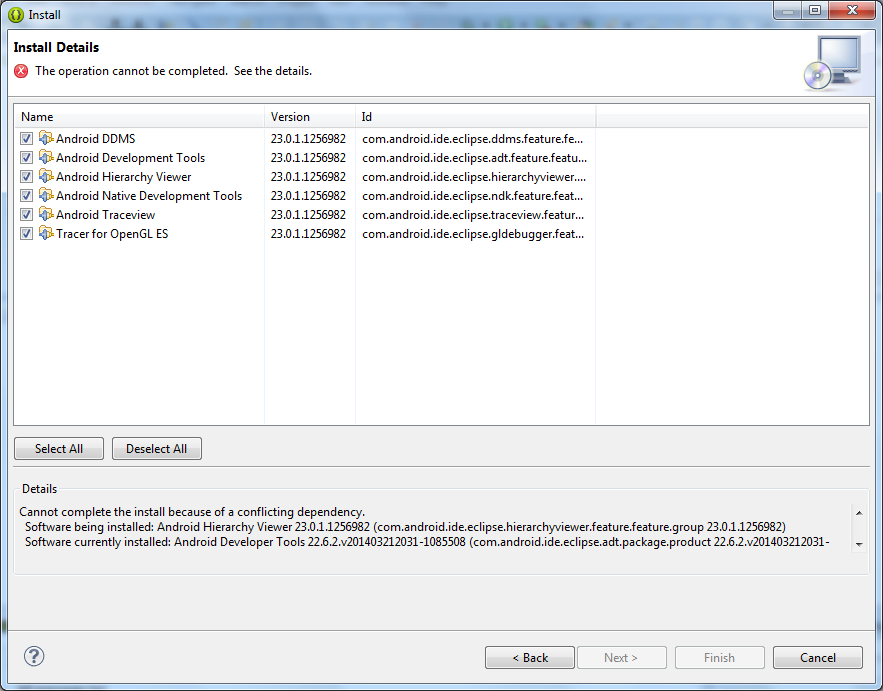